Kerala, the God’s Own Country is a perfect place for any experience seeker! Nature, places, traditions, food, folklores, events have some uniqueness to mesmerise the visitors.

On every second Saturday of the month of August, the world gathers at Punnamada Lake to witness the enthralling race of boats shaped like snakes in the Punnamada Lake near Alappuzha. The race is named after Pandit Jawaharlal Nehru who during his visit to Alleppey experienced the thrill of travelling by these snake boats. Honoring the spirit of these boatmen he initiated this competition by donating a Silver Trophy, a replica of a snake boat placed on a wooden abacus. The trophy reads

"To the winners of the boat race which is a unique feature of community life in Travancore-Cochin."

Initially, the trophy was called the Prime Minister’s trophy. However, it was renamed as Nehru Trophy in 1969.

These wooden snake boats making is unique to Kerala since the 13th century. It is believed that King Devanarayana of Chembaksarry commissioned the making of these boats to be used for war purpose. These boats making has their own significance in the history and culture of Kerala. Vallam Kalli, the traditional boat festivals have been a part of the culture of Kerala for ages. Along with Nehru Trophy, various vallam kalli- the boat races are organised in the nearby villages of Alleppey.

Various folk songs and rituals have been associated with these boat races. The Church, as well as the Temple, has a special role to play. Experience this event which will captivate you with its rhythm, colours and the glory.

Pick up from Kochi Airport at 10 AM. Freshen up and visit Fort Kochi. During our small trail at the fort we shall visit the St. Francis Xavier Church where once upon a time Vasco Da Gama- the explorer was buried until his body was shifted to Lisbon, Portugal. We will also visit the Paradesi Synagogue, Santa Cruz Basilica and other smaller structures on the fort while we walk through the old vintage lanes. Chinese Fishing Nets at the fort are not to be missed too.

Post lunch we will proceed to Alappuzha village to meet the villagers who participate in these boat races, for a unique opportunity to understand and experience the life in Kerala.  Night halt at a 3-star hotel in Alappuzha.

Meals for the day: Lunch and Dinner

Tip: Ensure you’re prepared for walking around in both Fort Kochi as well as the village we will visit. 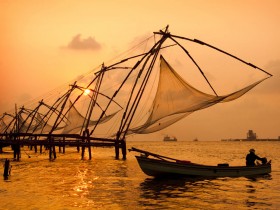 Fort Kochi is a region in the city of Kochi. This is part of a handful of water-bound regions toward the south-west of the mainland Kochi, and collectively known as Old Kochi. This is the best part of .... More 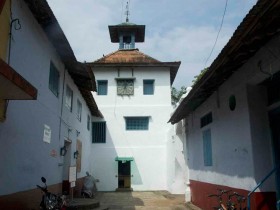 The Paradesi Synagogue is the oldest active synagogue located in Kochi. It was constructed in 1567, and it is one of seven synagogues of the Malabar Yehudan or Yehudan Mappila people or Cochin Jewish .... More 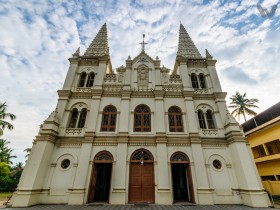 The Santa Cruz Cathedral Basilica at Fort Kochi is one of the eight Basilicas in Kerala. This is the oldest church in India, built by the Portuguese in 1505. This church is one of the finest and most .... More

Called ‘Cheena Vala’ in local parlance, the huge cantilevered fishing nets that droop towards the waters like over-sized hammocks. It has become a hallmark that represents Fort Kochi on th .... More 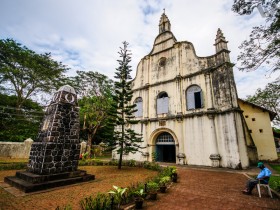 The oldest European church in India, St. Francis CSI church was built in 1503. It has been the symbolic site for Europe's struggle over India spanning three centuries. Today it is under the aegis .... More
The thrill of the races

Freshen up, have breakfast and go for a small beach walk at Alappuzha. Proceed towards boat race point. Be seated on the island reserved for VIP tickets by around 1pm. Lunch parcels will be served. Experience one of the finest traditional sports competition - Nehru Trophy Snake Boat Race.

After the event which usually ends up late in the evening go back to the Hotel. Freshen up. Retire for the day. Night halt at a 3-star hotel in Alappuzha

Tip: Come prepared to enjoy an adrenaline filled race day and support the all the teams! 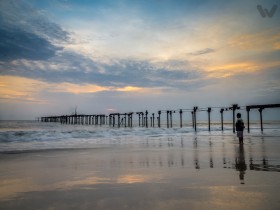 Referred as the Venice of the East, Alappuzha has always played an important position in the maritime history of Kerala. Alappuzha is a landmark between a network of rivers flowing into it and the Ara .... More

The Nehru Trophy Boat Race is a popular Vallam Kali held in the Punnamada Lake near Alappuzha, Kerala, India. Vallam Kali or Vallamkali literally means boat play/game, but can be translated to the boa .... More
Relax on the houseboat

Our last day on the tour. After an early morning breakfast check into a houseboat for a day cruise. Enjoy the scenic beauty of backwaters of Kerala from your cruise. Relish the traditionally cooked dishes like Karimeen cooked personally cooked for you on the houseboat for lunch.

Post lunch the houseboat will drop us back in Alappuzha and we will leave back towards Kochi and the drop point. If we have time on hand we may even go shopping.

Meals for the day: Breakfast and Lunch

Tip: Relax on the houseboat and take in the natural beauty and serenity of the backwaters of Kerala and enjoy the mouthwatering food prepared for you. 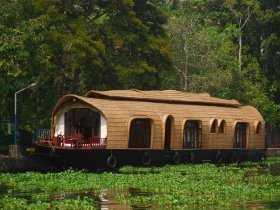 The Kerala backwaters which are the prime location for tourists can be enjoyed by means of a houseboat. A large network of rivers and canals can be easily enjoyed by utilizing a houseboat during the d .... More
Departure Date
Price
₹11,999
Cancellation Policy
Inclusions and Exclusions

THANK YOU
We will get back to you shortly.
SORRY..!
You will be redirected shortly.
Request a Call

We would love giving you more information on wanderfirst.Request a free callback..